Hazard Mitigation is the sum of the many actions that can be taken at the local and regional level to reduce or eliminate the risk to human life and property from a variety of natural hazards, including drought, hurricanes, winter storms, and wildfires. Mitigation happens before disaster strikes, saving communities time, effort, and money as opposed to reacting only after an emergency.

In order to proactively plan to address hazards, the GWRC has led the development of regional hazard mitigation plans, with the first Regional Hazard Mitigation Plan produced in 2006, and updated in 2011 and 2017. The current 2017 Plan is available at the following link: Regional Hazard Mitigation Plan. This plan is intended to help citizens and governments in the region understand the risk of natural hazards, and how to mitigate these risks in the future.

This plan serves two roles within the Region: 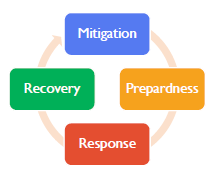 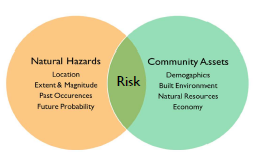 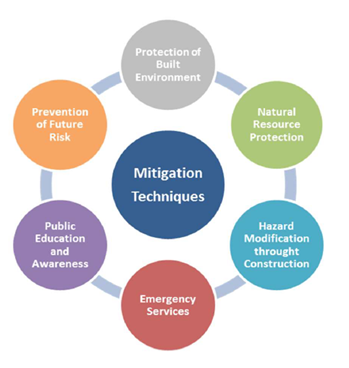 Pursuant to the requirement that hazard mitigation plans be updated every five (5) years, the GWRC is developing an update of the Regional Hazard Mitigation Plan in partnership with its local member jurisdictions: the towns of Bowling Green and Port Royal, the City of Fredericksburg, and the counties of Caroline, King George, Spotsylvania, and Stafford, along with the Rappahannock Tribe. Information on the process and opportunities for engagement may be found below. Please email any questions or comments to hazardplan@gwregion.org 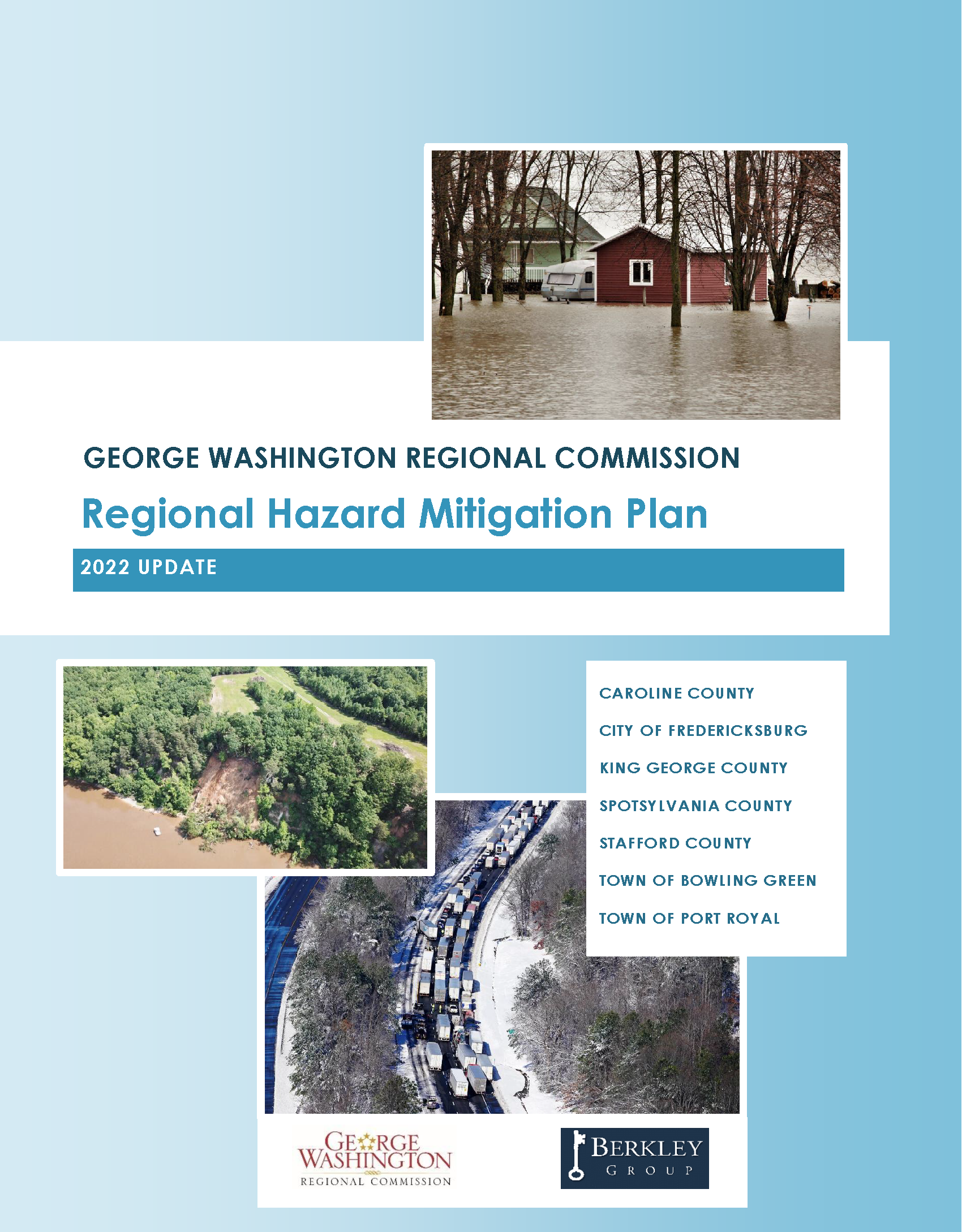 Final Draft Plan Approved for VDEM and FEMA Review! The final draft of the 2022 Update of the GWRC Regional Hazard Mitigation Plan is available as provided below. The GWRC’s Project Management Team, made up of representatives of the region’s localities, has approved this draft version of the Plan for forwarding to the Virginia Department of Emergency Management and the Federal Emergency Management Agency for review. VDEM and FEMA will review the Plan, identify the need for any revisions, and ultimately make a determination that the Plan is “approvable pending local adoption,” allowing the region’s localities to then officially adopt the Plan as their local Hazard Mitigation Plan. We welcome the public’s continued review and feedback – please email any questions or comments to hazardplan@gwregion.org.